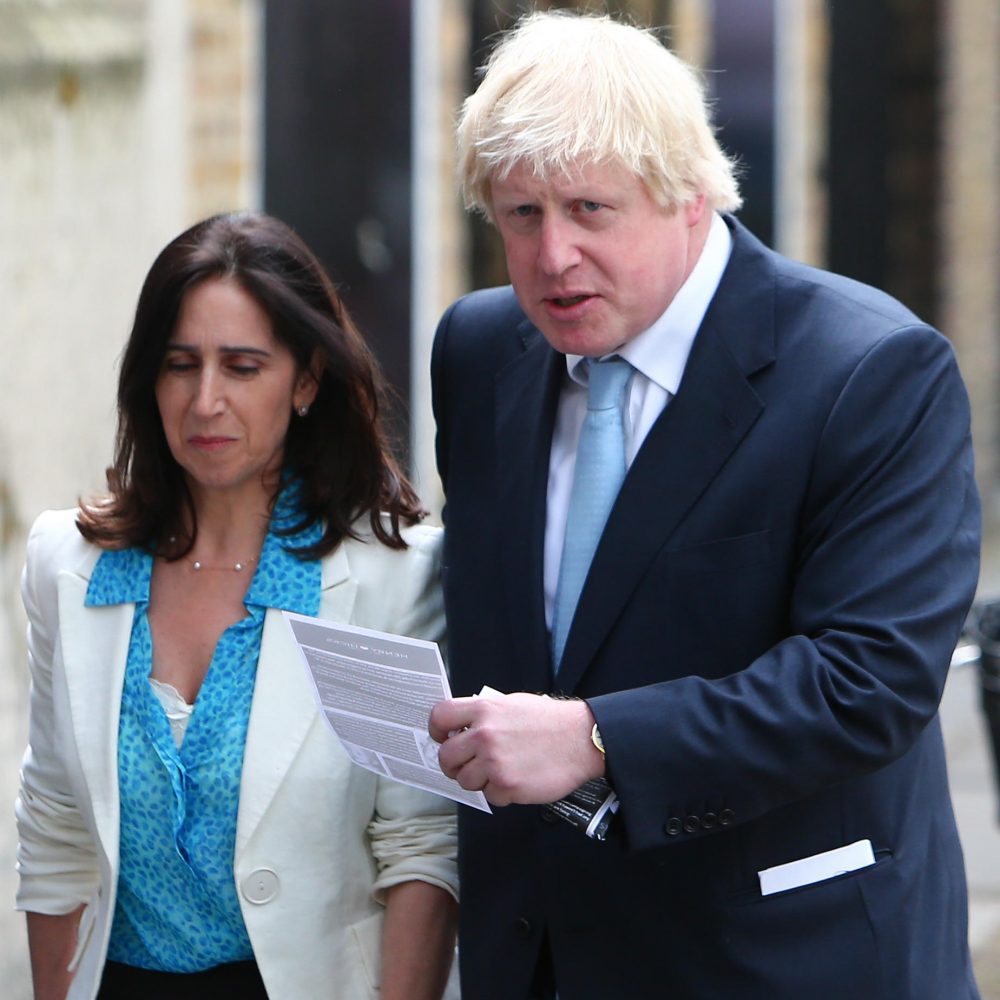 Boris Has a Problem With Women

But will it harm him? Caroline Frost investigates

It is one of the many ironies to emerge from the tirelessly taxing tenure of Boris Johnson as PM, that the phrase ‘the political is personal’ was first coined back in 1970 by a woman – feminist author Carol Hanisch at the height of the wave of radical feminism and women’s studies, has appeared to have passed Mr Johnson by.

I say ironic, because, in all our recent history, seldom has so much of both political and personal drama been provided by one person, and it is of course a man.

Johnson’s spectacular record of smashing through protocols, whether they be ones imposed by Westminster, Buckingham Palace or women’s husbands, is glee-making stuff for political pundits and tabloid editors alike. The question is, will it actually harm him, or is he as Teflon-coated as his Tory base appears to still believe?

Last week, his problems were mostly political, as the Supreme Court ruled his prorogation of Parliament unlawful and his Nemesis, aka Speaker John Bercow, swiftly ordered everyone back to work. Unsurprisingly, there was no apology from the errant PM, although we hear he did make a swift telephone call to Balmoral. It seems there is still one woman in the land who can make Boris Johnson blush.

Instead, at Westminster, he doubled down on his aggressive stance, sticking to the ‘surrender bill’ script supplied to him by resident organ-grinder Dominic Cummings and curling his lip at those female MPs who begged him to moderate his language, because of the personal threats they were receiving. This culminated in the unedifying spectacle of our most senior elected representative actually calling “humbug” on those same women who spoke in the name of their murdered colleague Jo Cox. The result? Several politicians, not all of them female, departed the chamber with tears in their eyes. Whatever his Cabinet colleague Nicky Morgan might be wheeled out to say to the contrary, it is quite clear that Boris Johnson does indeed have a women problem.

Which would no doubt be summed up hilariously during those boozy, slightly dank, long Spectator lunches he used to preside over as “indeed, so many of them, so little time”. Johnson was the magazine’s editor from 1999 to 2005 (after promising its proprietor Conrad Black to give up his political aspirations, naturally) and it was during one such lunch that journalist Charlotte Edwardes this week alleged he squeezed her thigh under the table, and that another woman had recounted the same thing. The PM on Tuesday quickly denied her claims, calling them “very sad”. One comment on Twitter summed this up: “It is indeed ‘very sad’ when twenty-something women with vastly less social power than you rise to become senior columnists on national newspapers and tell the world who you really are.”

Or were, at least. Following his divorce and move into No10, his partner Carrie Symonds might pause to give thanks that Johnson’s coruscating schedule will surely allow little time for the kind of lunchtime frivolities he somehow fitted in between his duties as London mayor.

Because this week’s headlines continue to be dominated by the simmering story of his “technology lessons” with an American aspiring entrepreneur Jennifer Arcuri, a heat-seeking, much younger lady who reportedly told several friends of her affair with Johnson, remarking that “blondes have more fun”. For context, she is as fair-haired as he.

First – the thigh. Of course, he’s denied ever laying his hand on it. Of course, nobody believes him. And yet nobody is surprised or, frankly, seems to have the energy to be disapproving any more.

The question we’re all wondering is, will it hurt him?

And the answer for this episode is, most likely no – at least for the party faithful, because it’s all priced in. By the time he became Tory leader, Johnson had already been sacked for lying to his previous boss Michael Howard about an affair, he had appeared in court to defend the anonymity of his illegitimate child, he had been called “reckless” by a judge, separated from his stoic wife after 25 years and moved into Downing Street with his new girlfriend. Yes, every woman in 2019 knows there’s a big liberating chasm between a man ‘no woman can resist’ and an unwanted, doughy hand on the thigh, but for some Tory grandees, I’ll wager the lines are a little more blurred.

In fact, the only shocker in his nation not knowing the exact number of children fathered by our Prime Minister is how un-shocked we all are. Another great irony is how European we have seemingly become in these matters just as we ‘prepare’ to leave.

But why aren’t we more disapproving, and how has Johnson managed to bundle through where other politicians have fallen? Well, the first reason is that he’s given himself a hell of a pass, by setting his own bar of expectation so consistently low. For him, there is no moral perch from which to fall, no ‘back to basics’ hypocritical sword on which to impale himself. He has remained consistently quiet on his family matters, and consistently non-judgmental of others’ actions.

This gives him the leeway to keep his head down and keep going, and the strength of his personality means it influences the mood around him. When it comes to his evident recklessness, where he shrugs, we seemingly follow. Bill Clinton did the same thing, tucking away the Lewinsky business while he went out speaking to fellow Americans, and he was rewarded with higher approval ratings than before.

The Jennifer Arcuri matter is a different one, however. It is revealing that, with four investigations now being conducted into what exactly went on between Johnson and his lady-friend, what money got spent from which public fund, what trips she went on compared with the ones she was eligible for and just how much the London mayor knew about the whole business, the Prime Minister, much as he eye-rolls and obfuscates, would probably be more content for the headlines for concentrate on the more lascivious aspects of the case. ‘Technology lessons’ are one thing, that’s well-chartered territory for him, but forensic investigations into who paid whom and why, that could prove to be a lot more uncomfortable. It may seem small fry to many compared with some of the outrages we’ve witnessed in Parliament in recent weeks but, well, Al Capone eventually got done for not paying his taxes, remember?

The wheels of justice, in this case, those of the Greater London Authority, the Department for Culture, Media and Sport, the Cabinet Office and as of this week the police watchdog, may grind slowly, but between them will surely grind exceedingly thorough. For the blustering Prime Minister, his personal may yet prove to be exceedingly impolitic.