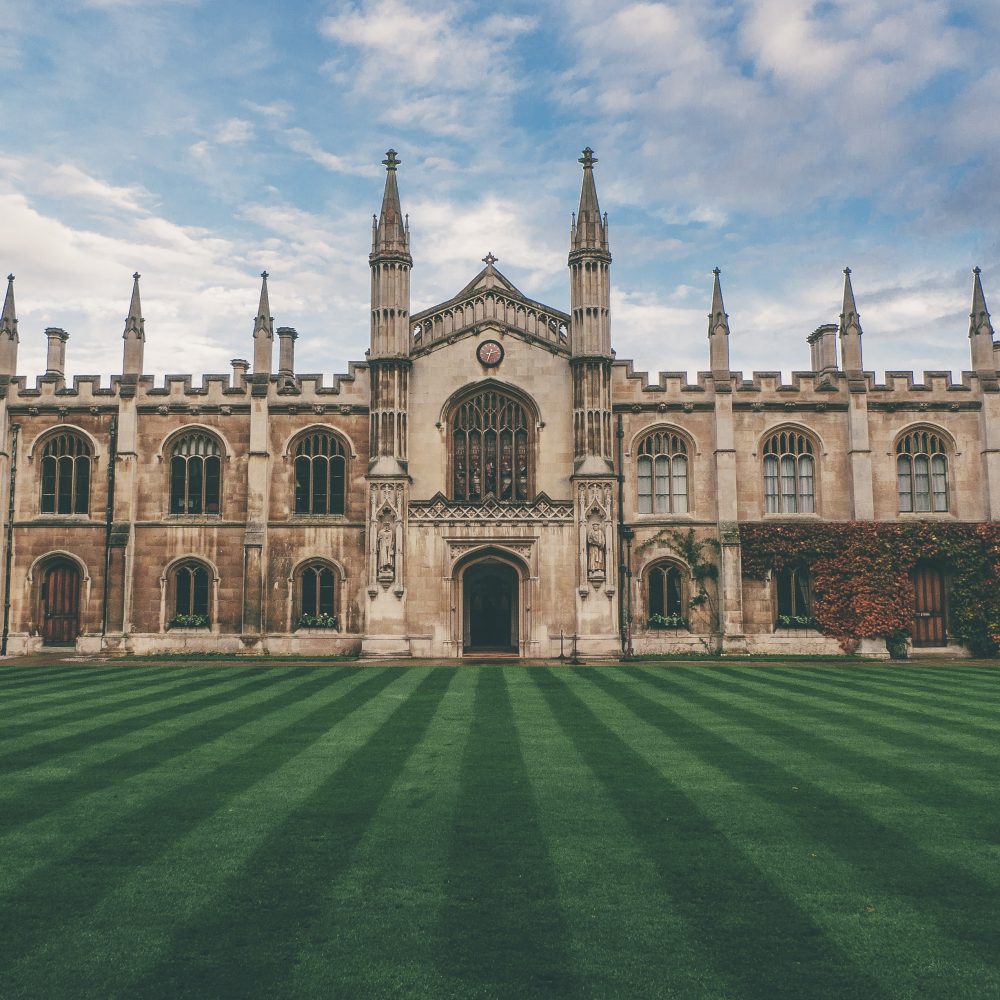 Are British Students Ashamed of Their Accents?

The United Kingdom is a small but linguistically diverse corner of the world. Even neighbouring cities can differ drastically in accents and local dialect. However, an entrenched social class culture in the UK leads to, like many nations, assumptions being drawn about an individual based on where they grow up.

Although life in the UK can vary from county to county, the disparity is perhaps most apparent between the North and the South of the nation. The North, broadly, is traditionally considered more working-class while the South is generally wealthier. This contrast is reflected in everything from wages to property prices, but do the differences stem deeper?

On first encounter, an accent is perhaps the most notable indicator of where a person is from and assumptions attached to that area often follow. For some, particularly Northern or Midlands students (where accents are more diverse and distinguishable than those in the South of the UK), accents instantly alert others of their geographical background and can unknowingly trigger presumptions about their circumstances, personality or even morals.

Anna Baker is a fashion merchandiser from the North West county of Merseyside, an area known for variations of the Liverpool accent, referred to as ‘Scouse’. Anna moved away to university in the neighbouring city of Manchester but found that the majority of her classmates were from Southern parts of England.

Baker was surprised when she first arrived at her student halls and her classmates joked that she must be rowdy or even a thief because she had grown up in Merseyside. These negative associations of the working-class and, at times, economically deprived region, have been entrenched by popular culture and false media campaigns.

“I was definitely aware that I had an accent but I didn’t think that people would judge me [because of it],” says Baker, who has now deliberately lost the Scouse edge to her accent. “I was around loads of people from down South and then I went to London for a year…so I picked up on certain words and made myself sound less Scouse, so I wasn’t sticking out like a sore thumb.”

George Caulton, a PR executive and recent graduate, had a similar experience. “Going to a top uni, I kind of felt like I had to change my accent in order to be able to fit in,” he says. Caulton grew up in the Black Country, near Birmingham in the Midlands. He has a lesser known ‘Yam Yam’ accent, which is often conflated with the nearby Birmingham accent referred to as ‘Brummie’. In these accents, some words can be slightly more drawn out and often have a downward inflection.

“There’s such a stereotypical association with people from Birmingham, or Brummie people, of being thick,” explains Caulton, due to the pace and tone of the way people in his region speak.

Different accents from regional areas often developed with local industries, such as mining and farming. Strong accents from areas traditionally known for such industries can also contribute to class-based stereotyping. As local labour industries decline or even cease completely, however, some elements of colloquial language could risk disappearing.

“All dialects of English are under pressure,” says Peter Arnold, Chair of the Northumbrian Language Society in the North East of England, which promotes, researches and preserves local dialects. “It’s part of the homogenisation of society which is endeavouring to make sure that we all speak the same [and] think the same.”

But as industries have evolved and social mobility has improved, does where you grow up in the UK still make a difference today? Are “well-spoken” Southerners really exposed to more opportunities than anybody else?

A 2018 UK government report, Growing Up Northern, revealed that children from low-income families in London are still twice as likely to go to university as those from northern parts of the country, with the same financial background.

It is at secondary school (ages 11-16) that theses disadvantages became most entrenched and young people in the North fall behind the progress of those in southern schools. However, the report also found that northern children were proud of where they were from and many hoped to still live there when they grew up.[1] However, this does not always remain the case later down the line.

“I get off the train [in Birmingham] and the first time I hear the accent I just think, I’m never coming back to live here,” says Caulton, 23. “I only started hating the accent when I moved away…[but it’s] not necessarily just because of the accent, Birmingham has the connotation of being not that great of a place anyway.”

However, Caulton says his city does not deserve the negative aspects of its reputation. Merseyside-born Baker, also believes Liverpool is frequently misconceived. Having grown up in the suburban area of the Wirral, just outside of the city, she usually tells people she is instead from neighbouring Cheshire.

“Cheshire is obviously known as being a lot posher, nicer,” says Baker, now 25. “Don’t get me wrong, Liverpool is absolutely lovely, but obviously Liverpool is just associated with being quiet brash, loud and with Scouse troublemakers.”

Dr Tony Crowley is an English Language professor at the University of Leeds (situated in the Northern county of Yorkshire), who specialises in the connections between language and social power. He is also the author of, Scouse: A Social and Cultural History and The Liverpool English Dictionary, which provides ‘translations’ of local phrasings and colloquial terms.

“All of the most recent studies show that…stereotyping persists in British culture,” says Dr Crowley. “Linguistic prejudice remains a largely acceptable form of prejudice [which] needs to be tackled though education and challenges to the dominant practices.”

In 20th century schooling, however, pupils were encouraged to speak ‘properly’ and often punished for retaining local accents. Received Pronunciation (RP) or ‘the Queen’s English’, was considered the ‘correct’ way to talk and remains the stereotypical ‘British’ accent to those abroad. This is particularly entrenched in the United States where British characters in US TV shows and Hollywood movies rarely stray from (and even exaggerate) this stereotyped accent.

Compared to historical, regional accents, RP is a relatively new, elitist manner of speech. It is also a class-based, as opposed to regional, accent however has been most commonly adopted in the South of England, particularly in the Home Counties which surround London.[2]

In the BBC, RP was the typical accent of broadcasters, particularly in the period before the Second World War. Today, the BBC and other media outlets are less restrictive about how their broadcasters speak, however they still face criticism.

“The media should reflect the community that it serves, and it doesn’t,” says Dr Crowley. “There is more of a range of accents than previously, but only a small selection.”

Peter Owen, a Manchester-based Broadcast Production Operator, has maintained his regional accent from Dumfries in Scotland and agrees with Dr Crowley’s sentiment. “I don’t think I’ve ever actually seen a guy with a strong Scottish accent reading the news on BBC One,” he says.

Owen also believes a more traditionally Southern UK accent can be an advantage. “In terms of formal settings, like at university or maybe in a job interview, it can help if you come across ‘well-spoken’ [because] people might think that maybe you’re a bit smarter,” says Owen. “If you have a really thick accent there could be stereotypes that [others] hold about people from that place.”

BBC Breakfast reporter, Steph McGovern, was born in Middlesbrough in North Yorkshire, and has a strong regional accent. In the midst of the gender pay gap scandal, she argued she suffered further prejudice due to class associations with her background. It was this that McGovern attributed as a factor in being paid less than her “posher” colleagues, even those who were also female.[3]

“I think the more neutral accent you have, the more likely you are to succeed – to be honest, the more southern you are. I do see my accent as being a disadvantage,” agrees ‘Yam Yam’, Caulton. “I like it because it makes me different… but then there’s also my more professional side saying, ‘you can’t have that accent if you want to succeed.’”

But if young Northern and Midlands people are changing how they speak when they enter the adult world, does that mean Britain risks losing its linguistic diversity?

Martin Astell is a Senior Archivist at the Essex Record Office (a county in South East England), who collects and preserves oral histories to document life in the region. He says accents are constantly evolving, through the influences of new people within communities and the shifting boundaries between neighbouring counties.

“People are always saying accents [have] changed and are disappearing, but people have been saying that for a long time,” says Astell. “We have collections here from the 19th century where people were saying their accent was dying out. Language and dialect are always changing.”

According to Astell, accents can form an important part of individual identity as well as cultural history.

Caulton agrees, “I think, as much as I didn’t really want it to be, it is [part of my identity]. It’s one of those things that makes me stand out, whether that’s for a good or bad reason.”

More recently, champions of lesser-represented UK accents have begun to emerge. MOBO award-winning grime artist and ‘Brummie’, Lady Leshurr is a proud advocate for Birmingham and is inspiring a new wave of artists from the city.[4] On the other hand, ‘Geordie’ (an accent from North East England)  presenter, Scarlett Moffat, was confirmed as a royal correspondent for the BBC’s coverage of the 2018 royal wedding between Prince Harry and Meghan Markle. [5]

“Diversity, we find, is a strength in a community – not a problem, not a weakness,” says dialect activist, Arnold.

Whilst stereotypes associated with different accents may be misconceived and, at times, bizarrely arbitrary, official research proves that where you grow up in the UK can affect your opportunities. As some young people from across the country move on to university (something statistically more difficult for Northerners), many are exposed to these preconceptions for the first time. As a result, some appear be to feeling pressure to ‘neutralise’ the way they speak.

Instead, individuals should feel they can champion their accents and become living examples of defied misconceptions. The motivation to do so, however, perhaps needs to first stem from broader examples in all aspects of broadcasting. The UK and even US media should be representing accents in a way which challenges, rather than entrenches, regional stereotypes. Ultimately, we should all be celebrating, rather than restricting, the dialectal diversity which forms a key part of Britain’s national identity.

« What I Learned When I Stripped for Art
Women Matter, Can Someone Tell Bolsonaro? »