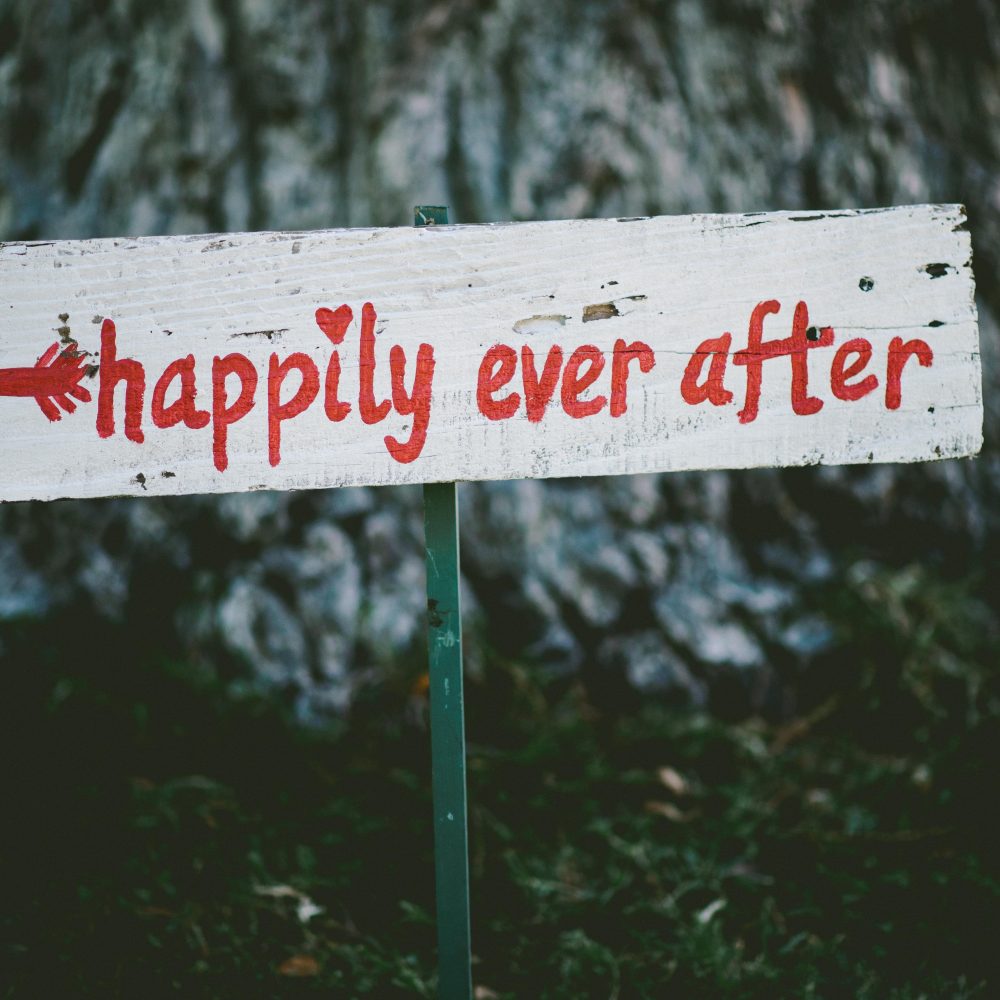 With civil partnerships about to become legally available to all couples, Alice Snape questions why one would still opt for marriage

“No one’s walking me down the aisle, I will walk by myself!” I announced drunkenly to my fiancé, my mum and my dad, following an afternoon drinking champagne to celebrate our recent engagement. My dad’s face crumpled. But I am not anyone’s object to give away. I wasn’t my dad’s, and now that I am married, I am not my husband’s.

Getting married really mattered to me. In lots of ways, I wouldn’t describe myself as traditional – I don’t mean it was a childhood dream, or anything like that – but I wanted a marriage, to make that commitment for life.

The truth is, however, marriage is becoming less popular; the past decade has seen a decline in the number of women choosing to get married – with 49.5 per cent married in 2018 down from 50.8 per cent in 2008. Gone is a woman’s need to get married to a man to get ahead in the world. Perhaps now, one could even argue it holds you back. Women have choices. And marriage is seen as a patriarchal institution, where a woman is “given away” while wearing a white dress to signify her virginity.

A Question of Tradition?

“It was decided that civil partnerships only being available to same-sex couples was a breach of the European Convention of Human Rights,” Heather B. Dsenisi, a registrar from Islington Town Hall, tells me. I am chatting to her in the council chamber there, which is, incidentally, the room my husband and I said “I do” in. But what’s the difference? “You get the same rights, but the way it is implemented is different,” Heather explains. “With marriage, it’s the vows, the words, that legally marry you. With the civil partnership, it’s all about the signing – you don’t need a ceremony or vows. You just have to come into a registered place and sign the document with two witnesses.”

Of course, it also means much more than that symbolically. But if I had the choice all over again, I would still choose to get married. And although at some point, my husband and I could convert our relationship to a civil partnership, we won’t. “My fiancé and I have had discussions about whether we should pick a civil partnership over a marriage,” author and journalist Nichi Hodgson, who wrote The Curious History of Dating tells me. She got engaged to a man earlier this year and is getting married next year. “I have read and studied so much about the history of marriage. I want to recondition the tradition, so I don’t want to not be part of it. I’m also borderline still part of the queer community. People often want what other people have struggled to get,” Nichi, who is bisexual, continues thoughtfully. “I am not against it, but there was a reason civil partnerships were introduced.” Nichi is referringto the fact that civil partnerships were first introduced in 2005, as a stop gap for same-sex couples, before marriage became legal in 2012. “From a legislative point of view, I don’t want people to use civil partnerships without marriage being reformed. Marriage is hideously unfair in so many ways. I would rather campaign for those things to change,” says Nichi.

And I agree. One such inequality is that currently only the bride and groom’s fathers’ names appear on the marriage register. This is something I found jarring on our wedding certificate as James’s dad’s name was right there, with deceased in brackets, even though he wasn’t. You’re confronted with who’s missing, when his mother was there with us. “Some people choose to put a line in the box where the father’s name should be, because they can’t have their mother,” Heather tells me back at Islington Town Hall. “For civil partnerships, you can have your mother’s and father’s details on the certificate. Next year, this will change for marriages too. If you see a register of marriage from 1837, it still looks almost identical to what we have now – same boxes – in those days, it wasn’t important who your mother was.”

The Right to Choose

It is confusing, though. How do you know which is right for you? I spoke to Naomi, who has chosen to enter a civil partnership with her heterosexual male partner next year. “I don’t identify as heterosexual, probably more bi, but I feel conscious of taking up queer space when I have a lot of – assumed – heterosexual and cis privilege,” Naomi explains. “I guess I identify as a bi woman, but I find labels hard.” Naomi and her partner decided to get married a few years ago, until she grew uncomfortable with the idea. “I lost a parent in my early twenties and seeing them go through divorce twice and really take a hit due to patriarchal mechanisms had made me cautious. Then as I worked through my grief I came to understand that not reproducing that same trauma and life path was really important to me. So, I raised it with my partner, who was fine with it. He gets my reasoning and fears, and is happy with a civil partnership instead.”

How empowering that we have this choice between the two. But I wonder whether, now that it’s available to everyone, it be easier if marriage was the only option on the table? I mean, it’s not like religion has much to do with it anymore. Historically, marriage belongs neither exclusively to church or state and, since 1992, civil marriages have increasingly outnumbered religious marriages year on year. In 2016, the Office for National Statistics recorded that just 24 per cent of marriages were religious. I guess, the nuance lies in the language, because technically both are the legal joining of two people, set up and carried out by the same institutions. However, for one, you’re pronounced husband and wife, and the other you’re civilly partnered, I guess. But I ask myself, is it more feminist to choose the latter?

I don’t think so, because here’s the thing. I can be a feminist and still adore calling James my husband. And I can wear a ring to feel a sense of belonging together, knowing that I don’t belong to him. When he is away, my wedding ring brings me comfort. It feels like he is always with me. I love that it is a physical signal that I am married – the only way anyone would know that I am. I didn’t notice before, but now I often glance at other people’s hands to see if they too wear a ring on that finger. That finger I had always left bare previously, although I didn’t always assume I was the ‘marrying type’. I twist the gold band when I am feeling anxious. I glance at it when I miss him, or when I am feeling unsure. On our wedding day, seeing James wear a ring too – his only piece of jewellery – was indescribable. I felt that he was declaring his love for me through the tiny gold band shining on his finger, and I still find it unbelievably sexy when I notice it now.

I also loved reworking those old patriarchal traditions into something entirely new and fitting for mine and James’s modern marriage. Yes, I wore a white dress – I wanted to look like a ‘bride’. it certainly wasn’t a symbol of my virginity though. Would anyone even interpret it that way anymore? I even walked down the aisle arm-in-arm with my dad. After realising how upset my outburst had made him, I wanted him to be part of our ceremony. And on the day, it made him as happy as it did me. He later commented in his speech that his “daughter does not belong to anyone”. Now, that’s reclaiming the narrative.

“As a feminist, it’s very conflicting,” agrees bride-to-be Nichi when we chat. “I wasn’t going to be given away. I was adamant that I wasn’t. The only reason I am is because, at the venue, there’s a bridge across a lake as the aisle and I am so terrified of tripping that I have asked my brother to walk with me. I was so sure I was going to walk by myself, as I really don’t believe in being given away, but then it’s kind of a nice way to bring him in. My dad passed away several years ago, and I think if he was here he would have been hurt if I didn’t ask him – even though he wasn’t traditional.”

And what does she really find important about getting – and being – married? “I like that feeling, the sense of trying to be there for someone for the rest of your life. I find it really beautiful, I think it’s a very powerful thing to do,” Nichi answers passionately.

I, too, felt that kind of power on my wedding day. Clichés aside, it truly was one of the best days of my life. But I don’t consider it a happy ever after and I don’t even know if I believe in soulmates. What I do know is that we work at our marriage, and that after three years married and eight together, we still make time for dates. People say marriage hasn’t changed their relationship but, for me, it has. It has made ours much stronger. James is my best friend, my lover, my family, but – most of all – my husband who I have made a promise to love for the rest of my life. And I intend to keep that promise.

« Another Ungracious Woman
Trump is Impeached: What Now? »