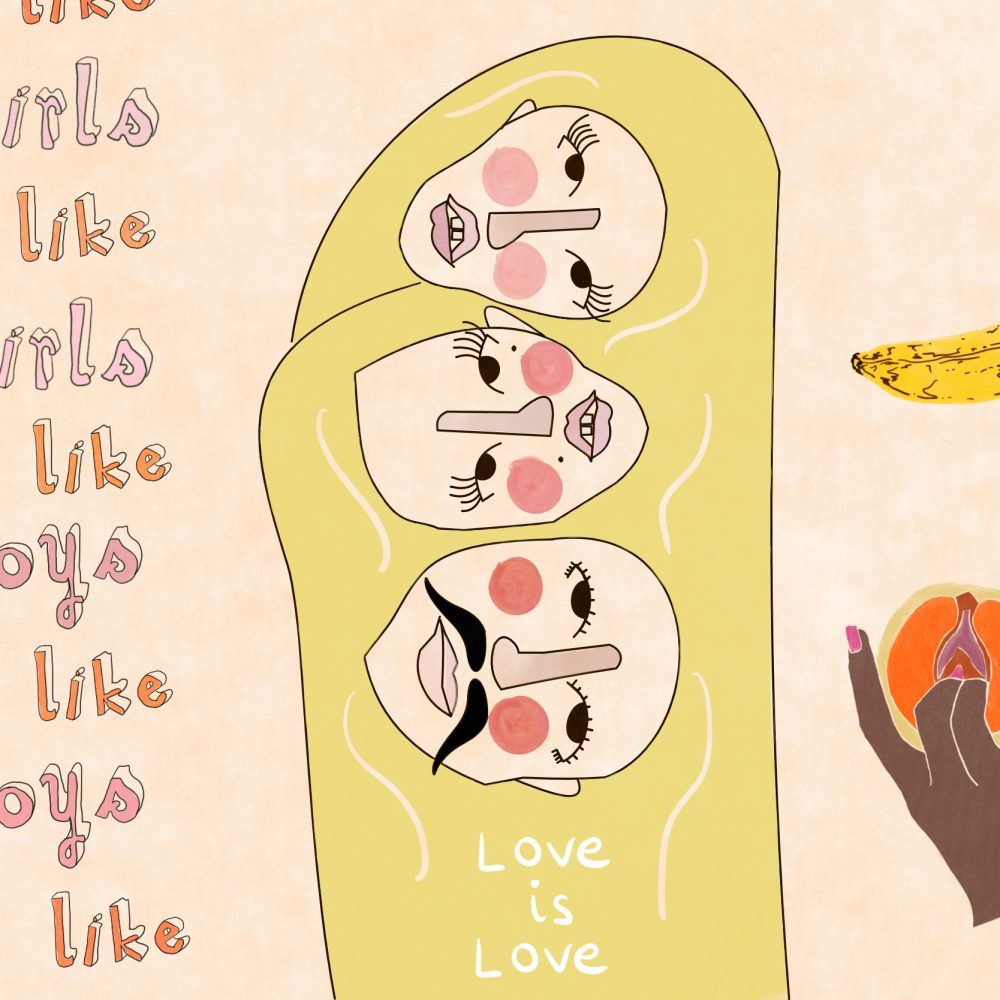 7 Women Share The Moment They Realised They Were Bisexual

It was all Emma Watson’s fault.

The Harry Potter franchise was a pivotal part of my childhood, it taught me about friendship and intelligence. The power of teamwork and kindness, but, being only two years’ younger than the cast themselves. It also allowed me to discover my first proper ‘crush’.

Obviously, it was the chosen one himself, Daniel Radcliffe. But, as the films grew with the audience themselves, something odd happened. Initially, I was certain that it was the admiration of a brilliant actress, but during the Deathly Hallows Part I, Emma Watson’s performance in Harry Potter set off a question that almost every bisexual woman has asked themselves.

Um. What was that?

So, let’s talk about it. I quizzed six other women on that moment.

I always knew I liked boys. But, I also just assumed that every other straight girl secretly wanted to look at pictures of other women made you feel warm and tingly down THERE. It took me a while to come to terms with the idea I could be bisexual, and for years I couldn’t even say it out loud, but now I feel confident that my identity is valid and real. I know the shame ingrained in me will fade with the years as I learn to accept myself more and more, but for me, the thing that makes me the happiest is that I know and understand who I am.

As a child, I was never really exposed to homosexual relationships in any way. If I ever was then my questions would be ignored or shushed away. But, watching films as a kid I was always just as attracted to the girls as I was to the boys. Growing up in a religious and quite traditional household, I always kept my feelings to myself, and pretty much suppressed them until I was older. I definitely think the presence of social media also helped me come to the realisation of who I am and who I’m attracted to. At the age of fifteen, I fully accepted my sexuality.

The biggest surprise though was coming out to my closest friends. Because, seeing the way they reacted, made me realise that really nobody cares who or what you are into – as long as you aren’t hurting anyone. Now, I’m at the point where I can be fully open with myself and the people around me about who I am, and it feels pretty damn good.

I think I knew I was bisexual from a young age, or, at least that I liked both guys and girls. There were plenty of females in films, television, and books that, looking back, I fancied even if I didn’t realise that’s what it was yet. However, I was about 13 when I twigged and ‘came out’, and I think the realisation only dawned on me because I’d learnt there was a name for it, and I was at an age where I could understand what it all meant. Since then, there have been times when I’ve questioned that label.

For a while I couldn’t decide whether I was actually bi as sometimes I liked girls more, sometimes boys, and half the time I liked neither. I get fewer questions nowadays, as more people know what it is, and despite the politics behind it, I think it represents the fact I like anyone regardless of whether they’re male, female, non-binary, cis, trans etc. They’ve just got to be a decent person.

I wish I could say I had ‘always known’ I was bisexual. But, I didn’t figure it out until I was about 14/15. There was a TV show on called Sugar Rush (I don’t know if anyone else remembers this?) and the main character was in love with her best friend. It was the first time I’d really seen girls liking girls and I figured out that it wasn’t admiration I had of other girls, it was an attraction.

I also joined an LGBT group near my house and met other people like me. It took me a really long time to come to terms with the fact that I wasn’t straight. A year or so later, I told my best friend and it was great – she said she’d always known and after that, it got a lot easier to tell other people. I’m really proud to bisexual.

It was 2001. Cameron Diaz had just walked passed the Coco Bongo, wearing THAT iconic black & white striped dress. I was watching The Mask for the first time, as I realised- that the same feelings I had about marrying Christian from A1 (my God, those blonde Norwegian curtains? Swoon!) were rushing through me as Cameron smiled into the camera. I found a new part of myself that day. And that was it. I sometimes struggle as a Bi woman who has only had relationships with men. Am I real? Am I just confused? But then I think- would I ask the same of a heterosexual virgin? Are they confused?

No. Is the simple answer. Everyone’s experience is different. But valid. I’ve been told I’m a fraud. That I’m not a “proper bisexual”. By whose rules? Fuck the “rules”. I know who I am. No one can take that from me.”

I’m surprised I didn’t know sooner, considering my mum spent my entire childhood telling me, “If you’re gay, I’ll still love you exactly the same.” (I think it was the dungarees.) When I reached my 20s and had never dated a woman, she sent me articles about women who realise they’re gay in later life and I started to think she might have been right all these years. I started to accept I was bisexual.

“You can imagine how shocked I am.”

« Why Are U.S. Elections So Awash With Cash?
My Period Poverty »