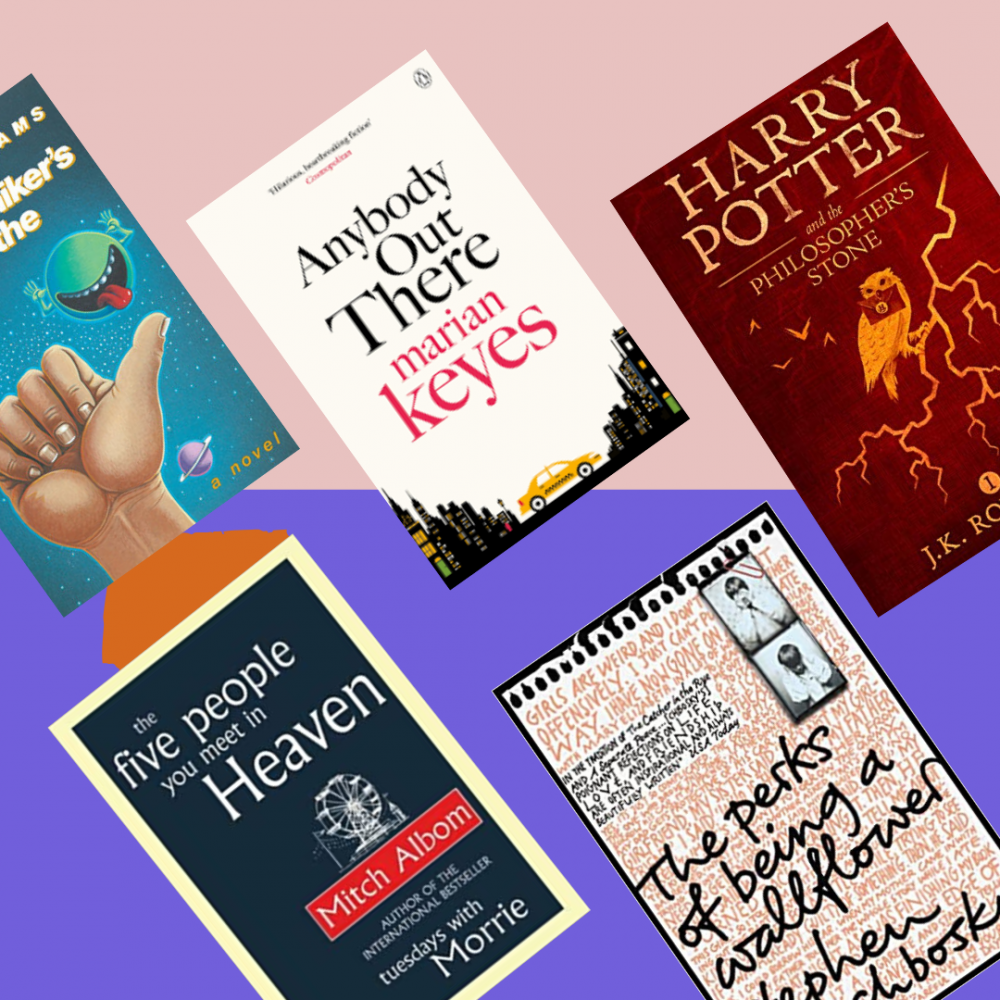 Books can offer a unique solace for both the alone and the lonely. Here are a few of our favourites

Words like social-distancing and self-isolation, that just a month ago, had no real meaning, have suddenly become day-to-day language. And, so while you’re trapped in your living room, books can offer a unique solace for both the alone and the lonely.

So, drag your favourite chair into the garden and read on:

Let’s kick off with the obvious. There’s just something about reading a book you loved as a child, and for me – it has to be Harry Potter. Dig out those battered paperbacks and join Harry, Ron and Hermione in their first year at Hogwarts. The perfect mix of childhood nostalgia and sheer joy, rereading the tales of the chosen one is a sure-fire way to improve your mood.

Bonus points if you reread the entire series.

The Perks Of Being A Wallflower – Stephen Chbosky

Meet Charlie. He spends his days writing to a friend who no longer exists (no longer exists? You mean imaginary or dead?) until he meets a group of equally outcast new pals. Learning to deal with his conflicting emotions towards his past, while attempting to live in the present, The Perks of Being A Wallflower is a coming-of-age story with a difference. Perfectly combining the sheer boredom and loneliness of being a teenager, with the joy of self-discovery. A book that, despite its teenage characters, transcends time and age.

Anybody Out There? – Marian Keyes

Marian Keyes is one of my favourite writers – she defies the ‘chick-lit’ genre she was sidelined into and writes with such joy that her books are impossible not to love. But, Anybody Out There? brings something different to the table. Life in the Big Apple is perfect for Anna. She has the best job in the world, a lovely apartment, and great friends. Then one morning, she wakes up in her mammy’s house in Dublin with stitches in her face, a dislocated knee, hands smashed up, and no memory at all of what happened.

Part-mystery, part-romance and a whole lot of reflection. Anybody Out There? will have you hooked from the first chapter.

The Hitchhiker’s Guide To The Galaxy – Douglas Adams

Following the story of the dressing-gown clad hero, Arthur Dent, as he becomes the only surviving man left on earth. Dent is rescued from Earth’s destruction by Ford Prefect — a human-like alien writer for the eccentric, electronic travel guide The Hitchhiker’s Guide to the Galaxy — by hitchhiking onto a passing Vogon spacecraft.

A silly, but, philosophical romp through space and what it means to be a human, The Hitchhiker’s Guide is the ideal way to spend your Saturday morning.

Prepare to weep. I mean really, really weep. If you haven’t already read this book – firstly, where have you been? Crack out the kindle and get downloading.

Five People You Meet In Heaven follows the life and death of a man named Eddie who is killed and sent to heaven, where he encounters five people who had a significant impact upon him while he was alive. In a story akin to sliding doors, we see the true impact of our fleeting interactions. And, the joy of living an extraordinarily ordinary life.