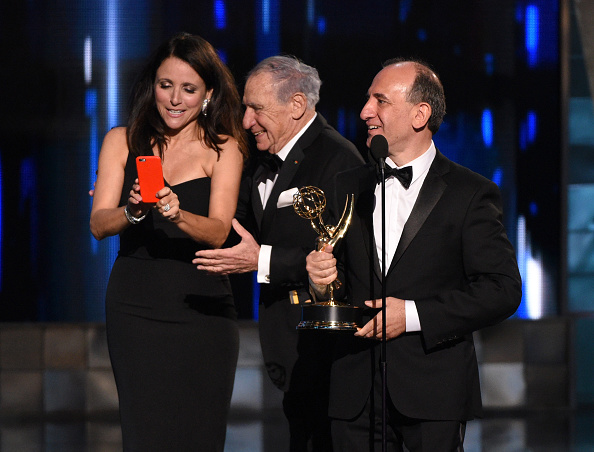 You’d think Donald Trump would be rich pickings for somebody as professionally bemused as Armando Iannucci. The man who brought us ‘The Thick of It’ and ‘Veep’, and was Oscar-nominated for his screenplay ‘In the Loop’ has made his name lampooning the luminaries lining the corridors of power from Westminster to Washington.

But even for this veteran of political satire who gave us monstrous creations Malcolm Tucker and Selina Meyer, it seems Trump is a reach too far, and this week Iannucci gave three reasons for shying away from the current inhabitant of the White House.

“The present day is slightly too complicated,” he explains. “A year ago I tweeted a joke about Donald Trump, saying ‘Here’s an idea for a film, Donald Trump is convinced he’s still the president, but in fact they’ve moved him Into a replica White House, paid people to be advisors and Washingtonians, but he’s living in a virtual world.’

“I tweeted that as joke, and by the end of the day, about 12 studios had offered a budget to make the film. I said no, I didn’t want to spend a year and a half with Donald Trump.

“But it also struck me, this pace of change, the fact that you could tweet something and within 24 hours, people can be making these momentous decisions, it slightly scared me. It made me think something far more subversive and unpredictable is going on.”

The third problem is that Trump is seemingly beyond even this satirist’s great gifts.

“The problem with Trump… satire is about exaggeration or distortion, but that’s what he does,” laments Iannucci. “He is providing his own entertainment, he’s obsessed with ratings and he’s a self-basting satirist, he is parodying himself, and therefore it’s difficult for comedians. The ones that have had most impact like John Oliver have become like journalists. Instead of making jokes, they present it in a funny way but they feel they have to provide some argument behind it. The politician has become the comedian, and the comedian has become the journalist.”

Despite not wanting to go there (yet) with his writer or director’s hat on, Iannucci has clearly spent time like everyone else reflecting on what the success of both Trump and Boris Johnson says about them and about the rest of us, and he credits “this sense of confusion that people have, not knowing how parliament works”.

Therefore, he says, “Anything that feels familiar or strikes you as entertaining is what causing attraction. It’s not so much what Boris Johnson does, it’s his manner that is seen as his strength, for example, the hair which he is deliberately messing before he goes on.

“That similarly is why Trump succeeded because he’s a salesperson, he sells himself. If we portray him as a clown, we make him harmless, and he’s not harmless, he’s only concerned with himself and how he can keep his ratings going and not about policy.”

According to Iannucci, it’s our own ignorance that is letting these politicians get away with pulling the wool over our eyes.

“The day after Brexit, everyone started Googling ‘EU’. They should have done that three weeks before,” he reflects. “We do exist in a kind of echo chamber, we think people know what we mean, talking about customs barriers, but for a lot of people, this doesn’t mean anything until it’s explained to them.

“A lot of people are getting their news from The Daily Show, John Oliver, Saturday Night Live, so it does draw a huge question mark over what it is news is doing and what it’s doing wrong. We have to be impartial but that doesn’t mean it has to be dull.”

Despite his concerns about the current leaders on both sides of the Atlantic, Iannucci reveals it isn’t actually the average politicians about whom he has doubts, more the system that prevents them working properly for us.

“Actually the most sympathetic person in The Thick of It is the minister,” he reminds us. “They’re not criminals, they’re just trying to get through the day, but it’s the pressure put on by the advice they receive, the 24 hour media, the fear of saying the wrong thing, which paralyses decision-making.

As for his personal craft of satire, “I don’t see it as lampooning, I see it as turning a comic gaze on the world of politics – you write about what interests you.

“I grew up in Glasgow, there was a famous by-election there in 1986, I joined that campaign and for a political geek like me, it was like Glastonbury in suits – and watching it close up, I just enjoyed the drama of it.

“Overnight, a prime minister can be ejected, has to get the removal people in… and as I’ve grown up, I’ve realised the decisions these people make and the impact they have. That’s what I wanted to look at, how certain decisions get made, how they came to that moment.”

Armando Iannucci’s latest film ‘The Personal History of David Copperfield’ is in UK cinemas from January.